BitcoinDiamond
Admin
posted on 1 year ago — updated on 3 days ago
1,965
views
News
After nine years of rapid development of Bitcoin, Bitcoin Diamond, a new cryptocurrency, was recently launched and the innovators dubbed it as the ‘fruit of their long research’ and development.

Singapore, 23th November : Bitcoin Diamond, a new cryptocurrency was recently launched by Team EVEY& Team 007, two teams of bitcoin miners who were not happy with some of the major downsides of Bitcoin. After nine years of rapid development and various issues that the miners faced with Bitcoin, such as lack of privacy protection, high transaction fees and slow transaction speed, the teams finally collaborated and rolled out Bitcoin Diamond.

“Bitcoin Diamond is a fork of Bitcoin that occurs at the predetermined height of block 495866”, said an EVEY team member while also launching the official website http://www.btcd.io/index.html.

“Bitcoin Diamond miners will begin creating blocks with a new proof-of-work algorithm, and will consecutively develop and enhance the protection for account transfer and privacy based on original features of BTC. The original Bitcoin blockchain will continue on unaltered, and a new branch of the blockchain will split off from the original chain. It shares the same transaction history with Bitcoin until it starts branching and coming into a unique block from which it diverges. As a result of this process, a new cryptocurrency was created which we call “Bitcoin Diamond””, he commented.

According to the team member, Bitcoin Diamond has various benefits, such as better privacy protection, encryption of the amount and balance which protects customers’ privacy and faster transaction confirmations.

“Bitcoin Diamond has raised the block size as part of a massive on-chain scaling approach. There is ample capacity for everyone’s transactions. The speed of generating blocks will be increased five times and the ultimate goal is to improve transaction confirmation speed for the entire BTC blockchain”, said another team member.

It is reported that Bitcoin Diamond has been supported by a number of exchanges, and after EXX.COM issued an announcement of on-line BCD spot goods and futures trading in recent days yesterday, huobi.pro, okex.com, coinnest.com, gate.io, bitsun, bibox, btctrade, Aex.com, Cex.com, Coinbene.com, Rightbtc.com, and other exchanges also announced the on-line transactions in recent days today. It will fork in Nov.24th when the block hit the height of 495866.

Because Bitcoin Diamond has been highly concerned by many people in the block chain industry, the new forking coins will have a wave of hot pursuit. 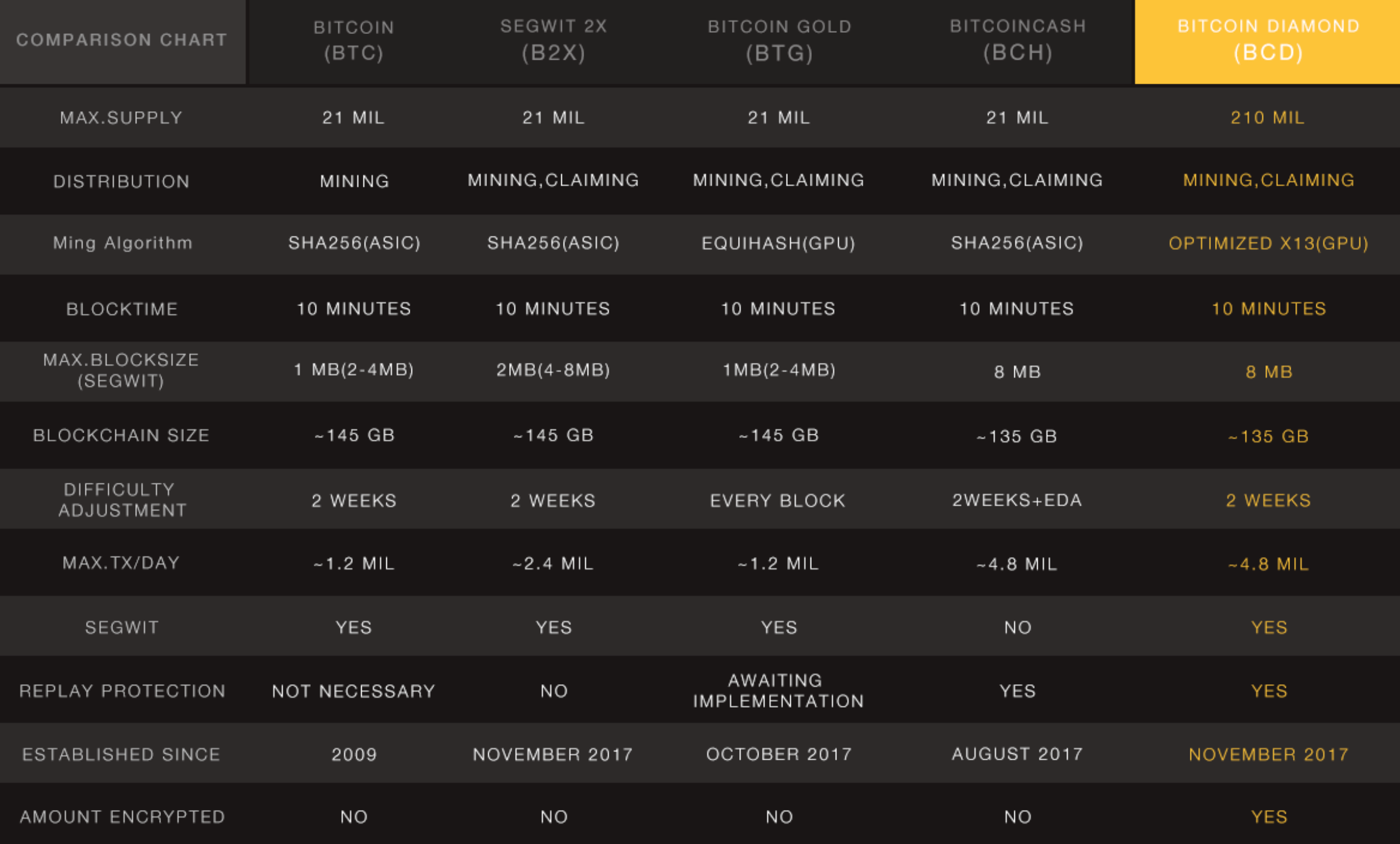