BitcoinDiamond
Admin
posted on 8 months ago — updated on 5 months ago
333
views
News
The Oslo Freedom Forum was heavy on bitcoin and stablecoin discussions, underscoring that this technology is a tool for political dissidents, not just a get-rich-quick scheme.

Attendees at this week’s Oslo Freedom Forum, a 13-year-old annual gathering for human rights and pro-democracy activists, might have wondered at times if they’d mistakenly wandered into a cryptocurrency conference.

Bitcoin developer Jimmy Song’s signature cowboy hat could be spotted here and there at the Oslo Concert Hall, where the forum, organized by the Human Rights Foundation, took place. The erudite investor and entrepreneur Nic Carter strolled around with an umbrella cane. On stage, author and podcaster Laura Shin interviewed a non-fungible token (NFT) artist. The stalwarts of Bitcoin and Lightning Network development held workshops on using the currency, and crypto CEOs discussed hedging strategies for a potential ban on stablecoins backstage.

A crypto conference, of course, would not normally feature human rights activists recounting their first-hand experience of political oppression, investigative journalists sharing how they fight propaganda and cybersecurity specialists checking phones for traces of spyware.

But if you think about it, crypto events maybe could be a little more about those kinds of things.

While for many crypto is a way to get rich, for others it’s a human rights tool, providing sometimes clumsy but still serviceable ways to route around financial censorship and surveillance, especially in those parts of the world where such measures are prevalent.

And that use case is not going away, no matter which direction the price of bitcoin (BTC) goes. 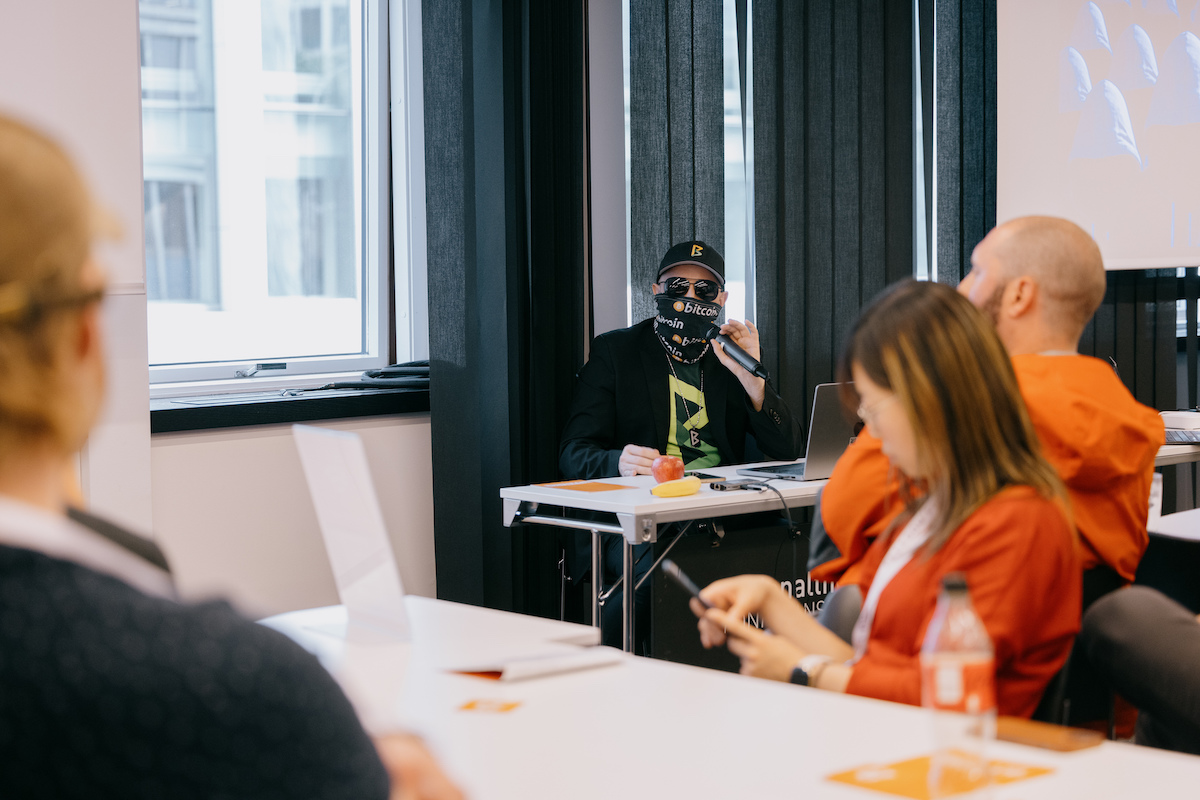 “If no one values bitcoin other than a penny, we’re still able to [move value across the world] and fight for freedom,” said Jack Mallers, CEO of bitcoin payments startup Stripe, sporting an orange and violet sweater and “Miracle Academy” hat on stage.

Alex Gladstein, chief strategy officer at the Human Rights Foundation and the curator of the financial freedom track at the Oslo Freedom Forum, was asked if he believes the activist community is warming up to crypto. He replied that the reason he incorporates bitcoin content into the program is “because many organizations are already using it.” In some cases, they do so thanks to him.

Meron Estefanos, a human rights activist helping to free victims of human traffickers in Eritrea, says she was skeptical about bitcoin at first, but warmed to it after attending Gladstein’s workshops. At the same time, the government in Eritrea was tightening the screws on Hawala, the centuries-old remittances system relying on a network of people passing cash between each other across borders.